Presented by Dr. Silvia Behrend
This lecture series forms part of our Spirit & Psyche Public Lecture Program which focuses on themes related to The Soul’s Journey.

Lecture dates:
Thursdays October 28, November 4 & November 11 from 8pm - 9pm ET
Lecture themes:
Thu Oct 28 - Wisdom and the Shekhina:  The Hidden Feminine
Thu Nov 4 - Judith and Artemisia:  The Sword and the Brush
Thu Nov 11 - The many faces of Eve: Hope and Resilience
Cost:  $120.00
REGISTER HERE
Women in the Bible:  For Such a Time as This
“My brother and I were at Sinai
He kept a journal
Of what he saw
Of what he heard
Of what it all meant to him
I wish I had a record of what happened to me there”
Merle Field

Award winning Jewish playwright and poet, Merle Feld, writing about Miriam and Moses, captures the essence of the feminine experience of  being silenced in the annals of history and religion.

Her words achingly echo the longing in the heart of those who seek to tell their stories of suffering, sacrifice,  resilience and hope especially through times of great trials. So many of us also long to hear the whispers of what has not been told but lived. We know from studying the stars that we can see what is missing because nothing is there; where stars and galaxies should be, there is a blankness, a void.

So it is with the stories of the feminine in the Scriptures. The power of the feared unknown dark and has been obliterated  in favor of the light, the known.

The Hebrew Scriptures offer us a map of human evolution through extreme suffering, oppression, and persecution. The Jewish experience is emblematic of all people who, faced with unspeakable horror, find a way through the wilderness - from despair to hope, from terror to celebration.  And back again.

As we move through the many threats to our collective global existence, to our personal struggle to survive mounting catastrophes, and to maintain hope for the future of our children, we need another voice that has always been there, but muted, hidden, diminished.

This three-week series is the first of an ongoing annual series on Spirituality and the Feminine. The Women in the Bible Series will include voices from other religions and traditions, and will focus on the stories from the Hebrew Scriptures to perhaps offer a corrective lens, a breath of courage and conviction that we may indeed face what must be faced, do what must be done. Because the way has been trodden before. It has just been muted. 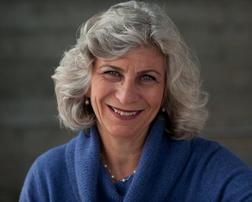 Dr. Silvia Behrend is Director of International Studies of the Assisi Institute:  The International Center for the Study of Archetypal Patterns.  She develops, supports, teaches and maintains programs in Latin America, Russia, Australia and Cyprus.  She has presented international webinars and lectures in English and in Spanish and currently serves as translator and faculty in the Latin American program.  She has a private practice in Olympia, Wa as a Certified Archetypal Pattern Analyst, mentor and educator.   As a clinical leader, Silvia has co-developed and co-implemented programs and retreats for the Assisi Institute, for Gonzaga University in the Doctoral Leadership Program, as well as many intergenerational programs utilizing the arts as a means of individual and collective transformation. As senior faculty of the Assisi Institute, she hosts national and international webinars on many subjects;  dream pattern analysis, the field of leadership, psychological development, the creative, unconscious communication, voice of psyche and others.  She has researched and published articles on the transformational power of art, the archetypal fields of leadership and exile. ​