The Gods Among Us:
Archetypal Patterning
and Archetypal Cosmology
for the 21st Century
with
RICHARD TARNAS AND MICHAEL CONFORTI
A Week at Eranos in Ascona, Switzerland
July 22-27, 2018

​The archetype is not just the formal condition for mythological statements
but an overwhelming force comparable to nothing I know.
—C.G. Jung

Seldom has an age been so profoundly in need of critical insight into the underlying forces at work in the human psyche and their role in shaping the historical moment the world finds itself in. We :need what James Hillman called “an archetypal eye” with which to discern the patterns and powers that inform both the larger zeitgeist of the collective psyche and the unfolding experience and life challenges of each individual. For the archetypes that Jung helped the modern age become aware of are not just concepts, dry intellectual abstractions. They are powerful multidimensional forces that can overtake one’s state of consciousness, flood one with emotions, images, and somatic sensations, and possess an entire culture or epoch. Archetypal energies can be notoriously destructive, and yet they also hold the treasure of life’s deep meanings and purposes.

It is with this sense of urgency on both the individual and global level that two of the foremost leaders in the fields of archetypal cosmology and archetypal patterning are coming together in the renowned cultural setting of Eranos in Ascona, Switzerland to offer a special week of presentations and discussions that engage some of the great issues of the day and explore the extraordinary resources of the archetypal perspective.

Michael Conforti, Jungian analyst and founder of the Assisi Institute, will explore how we can more effectively engage the archetypal domain that structures both the individual psyche and the culture at large. He will draw on discoveries in the new sciences of emergence and the confluence of matter and spirit, and discuss the challenges of finding our individual path to the Self while the culture seems to be in the throes of birthing a new consciousness.

Richard Tarnas, Professor of depth psychology and cultural history, will describe the remarkable development of the archetypal perspective from primal times and classical antiquity to our postmodern era, and draw on the archetypal astrological perspective to analyze the dramatic planetary alignments of our time. We will also examine the striking similarity of our collective historical moment to initiatory rites of passage, spiritual emergences, and crucial stages of what Jung called the individuation process.

Our week will also be enriched with presentations by Loralee Scott-Conforti, Executive Director of the Assisi Institute and Founder of Seeing Red, who will examine archetypal patterns of an emerging feminine consciousness, and by Yvonne Smith Tarnas, Jungian psychotherapist, who will discuss the transformational role of synchronicities in healing relationships.

The beautiful setting of Eranos on Lago Maggiore at the border with Italy is where C.G. Jung and Eranos’s founder Olga Fröbe-Kapteyn held its famous annual gatherings that brought together world scholars in depth psychology, comparative religion, literary criticism, and history to explore the archetypal and symbolic depths of human experience. The continuing presence of these ancestors and teachers—Jung, Erich Neumann, Marie-Louise von Franz, Gershom Scholem, Mircea Eliade, Joseph Campbell, Karl Kerenyi, Henri Corbin, Adolph Portmann, James Hillman, and many others— can still be felt at the roundtable, on the terraces overlooking the lake, and in the lecture hall of Casa Eranos.

We look forward to carrying forward this inspiring tradition this summer with you. 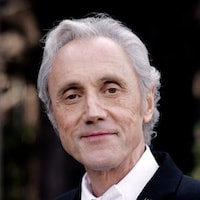 Richard Tarnas, Ph.D., is the founding director of the graduate program in Philosophy, Cosmology, and Consciousness at the California Institute of Integral Studies. He teaches courses in the history of ideas, archetypal studies, depth psychology, and religious evolution. He frequently lectures on archetypal studies and depth psychology at Pacifica Graduate Institute in Santa Barbara, and was formerly the director of programs and education at Esalen Institute in Big Sur. He is the author of The Passion of the Western Mind, a history of the Western worldview from the ancient Greek to the postmodern widely used in universities. His second book, Cosmos and Psyche: Intimations of a New World View, received the Book of the Year Prize from the Scientific and Medical Network, and is the basis for the upcoming documentary film Changing of the Gods. He is a past president of the International Transpersonal Association and served on the Board of Governors for the C.G. Jung Institute of San Francisco. For more information, visit www.cosmosandpsyche.com
​ 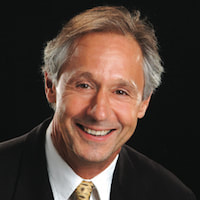 Michael Conforti, Ph.D., is a Jungian Analyst and Founder/Director of the Assisi Institute: The International Center for the Study of Archetypal Patterns. As  a pioneer in the field of Matter-Psyche studies, he has taught  alongside many of the world leaders in Jungian  Psychology, Psychoanalysis and the sciences, including Ervin Laszlo, Beverly Rubik, Mae Wan Ho, David Peat, Mario Jacoby, Silvia Perera and Yoram Kaufmann, and Robert Langs.  For more than 30 years his work addresses the relationship and expression of archetypes within the Psyche and the material world, and its role in literally structuring the dynamics occurring within the therapeutic relationship. In addition to his clinical practice and work at the Assisi Institute, he maintains lectures here and abroad, including the C.G. Jung Institute of Zürich and Jungian organizations in Australia, Canada, Columbia, Denmark, Italy, Russia, and Venezuela. His books. Field, Form and Fate: Patterns in Mind, Psyche and Nature is published in Italian and English, and his Threshold Experiences is translated into Italian and Russian. He has also served as script consultant for a number of feature films. For more information, visit www.assisiinstitute.com
​

The program includes five days of morning and afternoon lectures with Michael Conforti and Rick Tarnas at Eranos. Participants stay in hotels along the shore in Ascona and travel to and from Eranos by shuttle each day. There will be ample time for reflection, writing, swimming in Lake Maggiore, and exploring the natural beauty of these remarkable surroundings.

Saturday, July 21
Arrive in Ascona, a former fishing village near the legendary villa of Eranos in the Ticino region in southern Switzerland, close to the Italian border. You will have previously booked a room at the hotel of your choice in Ascona. This picturesque town is a favorite with artists and has become an important venue for cultural events. Blessed with an exceptional climate, Ascona is located on the shore of a beautiful mountain lake called Lake Maggiore. Its shore is dotted with sandy beaches and great green meadows.
​
Sunday, July 22-Friday, July 27
Late Sunday afternoon, we will meet for a Welcome Reception and Dinner, where we will enjoy a special meal together, get to know each other, and imagine the week ahead.

Each morning, Monday through Friday, you will travel via shuttle to Eranos from the piazza outside your hotels. Once there, you will walk the ancient steps, through gardens, and over terraces to Casa Eranos, where The Gods  Among Us will take place. We recommend that you wear walking shoes to Eranos, as the terrain is uneven and may be unreliable in places.
Each day at Eranos our program will include two morning sessions and one afternoon session. There will be refreshments on the terrace when you arrive and again at mid-morning as well as a long lunch break with a lavish buffet. Participants will have ample opportunity to explore and enjoy the surroundings. Swim in the lake, take in the natural beauty, or sit in casual conversation at the infamous round table where Jung, Eliade, Kerényi, Neumann, and many others established their network of ideas and relationships.
At the conclusion of each day’s sessions, you will return to Ascona with plenty of time to walk around town, enjoy the sunset, a drink with friends, and a delicious meal at one of the town’s many restaurants.

For complete information and registration, visit
The Gods Among Us with Richard Tarnas and Michael Conforti
​