Complimentary Presentation
Disintegrating Archetypes:
​The Erosion of American Warriors and Caregivers in the Wake of
the U.S. Withdraw from Afghanistan

With all the news and emotions erupting in response to our military actions in Afghanistan, and the many difficult questions and controversy surrounding the actions and role of our police force, this presentation provides a much needed archetypal perspective on these potentially volatile issues.

In his previous lectures for the Assisi Institute, Dr Brightman presented his research on the dissonance between the warrior archetype found in the military, and the protector archetype  most commonly aligned with American policing. In so many ways Dr Brightman's original work was ahead of its time and in fact predicated many of the current situations now emerging in the military and the police. Now he furthers his explorations into the erosion of the generative expression of the animus in the US military over the past 75 years.

This presentation unflinchingly discusses the terrible pain and psychic wounds inflicted upon those who have served in the U.S. Armed Forces, whether in Afghanistan, Iraq, or prior conflicts in the wake of Americas withdrawal from Afghanistan following 20 years of sustained support and combat operations. Special emphasis will be placed on the suppression of both animus and anima energy within the context of national security tragedy.  The unintended consequence  of the integration of the warrior and caregiver will also be addressed.

* Note : The views and opinions expressed by the presenter are solely his own, and do not represent the official position of the U.S. Government, Department Defense, U.S. Navy, or United States Naval  War College.​ 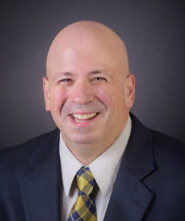 Hank is currently a full professor and Acting Director of the Civilian-Military Humanitarian Response Program within the College of Maritime Operational at the United States Naval War College. He also serves as the distinguished EMC Informationist Chair (an eight-year, endowed appointment). From 2008-2016, he served as an Associate Professor, Professor, and Director of Applied Research & Analysis in the War Gaming Department of this institution.

For the past seven years, Dr. Brightman has maintained a part-time, private trauma and wellness practice in Newport, Rhode Island, focused on applying a variety of holistic techniques to support client recovery. His primary approach combines Jungian, Gestalt, narrative, and expressive therapies with clinical hypnotherapy, physical fitness, and nutrition.