What Shapes a Life:
Archetypal Patterns and the Symbolic Life

Cost: $150 for all 4 days + $7.50 Processing Fee
Tuition fee includes recordings of all the speaker sessions
“It is to be hoped that the experiences in the years to come will sink deeper shafts into this obscure territory, on which I have been able to shed but a fleeting light, and will discover something more about the secret workshop of the daemon who shapes our fate.” (Jung, CW 9i p. 278)
VIEW THE FULL SCHEDULE HERE 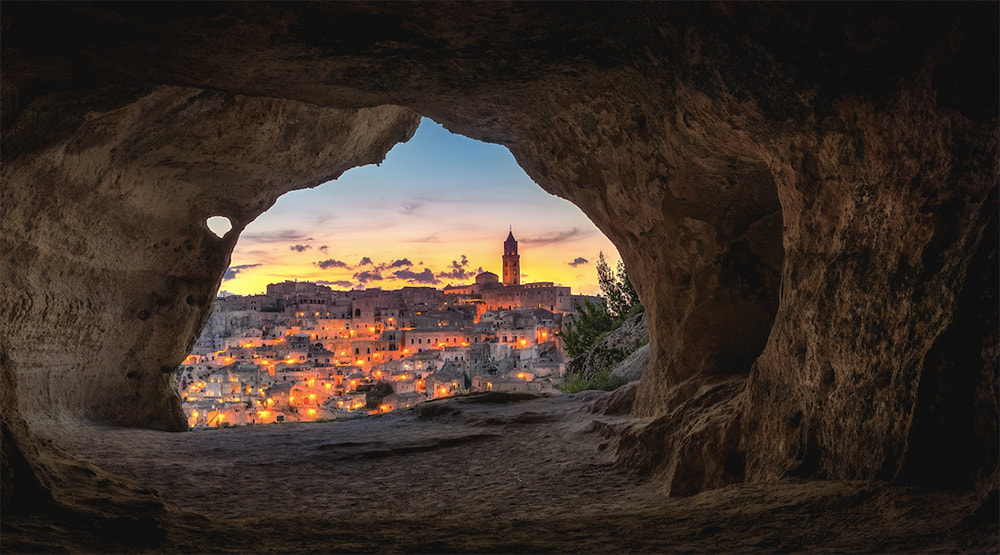 ​Perhaps we need a bit of a heavy heart to carry the importance of our questions about life, such as: What will become of our children after we are gone? Who will they fall in love with and who will love and cherish them? Will they find their way to a good and meaningful life and to the destiny awaiting them? And will our grandchildren find a welcoming world to greet them anew each day with a promise that life will be good and that they can find the way into their future? Will they be strong enough to weather those threatening storms which can all too easily take them far from home, and far from their soul? Did we provide enough for them to enable them take on all that life has to offer?

So too, in the silence of the night, we find a silhouetted reflection of our own life. Chiaroscuro - a contrast of light and dark - comes with the night, with reflections, and is a way of life for all of us trying to understand something of our life’s journey.

We all want to catch a glimpse of that elusive destiny shaping our life. From Plato’s image of destiny written in the heavens, to our mercurial encounters with the Grail, and to Hillman’s "Acorn Theory", we find how our talents, disabilities, hopes and broken dreams all represent the tapestry of our life and of our destiny.

If only we could speak about the joys of discovering our destiny, but we are not allowed such frivolities. Because life happens and often holds our destiny as a captive foe.  Trauma, weakness, and fatigue also cause us to turn away from the life we are meant to live. While Seneca, the Roman philosopher, reminds us that: “the fates will lead him who will and will drag him who won’t”. And as we approach the later years of our life Psyche reminds us with ever greater urgency of “Amor Fati,” to have a love of one’s fate.
The day will come when we find answers to our questions, and in a private moment, we wipe away the tears of joy and disappointment - and in knowing that our time has come to an end - hope and pray that we have lived a meaningful life.
With a faculty of internationally recognized leaders in the fields of Jungian Psychology, Mythology, Child Analysis, and Judaic Studies, the Assisi Institute’s Symposium in August will take an in-depth look at those shapers of life and destiny.
TO REGISTER, CLICK HERE 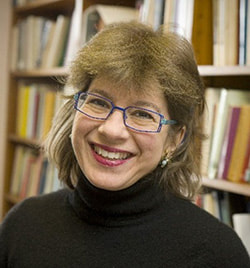 SUSANNAH HESCHEL Keynote speaker
Susannah Heschel, PhD is the Eli M. Black Distinguished Professor and chair of the Jewish Studies Program at Dartmouth College. Her scholarship focuses on the history of Jewish and Protestant religious thought in Germany during the nineteenth and twentieth centuries, and she has brought post-colonial theory and feminist theory to her analyses. She is the author of Abraham Geiger and the Jewish Jesus, The Aryan Jesus: Christian Theologians and the Bible in Nazi Germany, and Jüdischer Islam: Islam und jüdisch-deutsche Selbstbestimmung, and she and Umar Ryad have co-edited The Muslim Reception of European Orientalism.  She has also edited Moral Grandeur and Spiritual Audacity: Essays of Abraham Joshua Heschel as well as Essential Writings of Abraham Joshua Heschel.  Professor Heschel is currently writing a book with Sarah Imhoff, Jewish Studies and the Woman Question.  She is a Guggenheim Fellow and has held fellowships at the National Humanities Center and the Wissenschaftskolleg zu Berlin.  Professor Heschel has received four honorary doctorates from universities in the United States, Canada, and Germany, and this fall she will receive another honorary doctorate from the University of Lucerne, Switzerland.

Dreaming as Praying: Shaping One’s Life as a Witness in Jewish Teachings

“When the Lord brought back the exiles of Zion, we were as dreamers.” (Psalm 126)

The religious significance of dreams has long been recognized; that the act of dreaming is similar to praying is implied in Jewish traditions about our human capacities for vulnerability, hope, and witnessing. Susannah’s talk will consider aspects of Jewish thought, based on Kabbalistic and Hasidic sources as well as the writings of her father, Abraham Joshua Heschel, about the meaning of prayer and how to shape our lives to be witnesses. 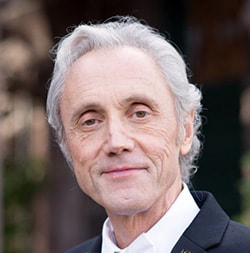 RICHARD TARNAS
Richard Tarnas, PhD is a professor of psychology and cultural history at the California Institute of Integral Studies in San Francisco, where he founded the graduate program in Philosophy, Cosmology, and Consciousness. He teaches courses in the history of ideas, archetypal studies, depth psychology, and religious evolution. He frequently lectures on archetypal studies and depth psychology at Pacifica Graduate Institute in Santa Barbara, and was formerly the director of programs and education at Esalen Institute in Big Sur, California. He is the author of The Passion of the Western Mind, a history of the Western world view from the ancient Greek to the postmodern widely used in universities. His second book, Cosmos and Psyche: Intimations of a New World View, received the Book of the Year Prize from the Scientific and Medical Network, and is the basis for the upcoming documentary series The Changing of the Gods. He is a past president of the International Transpersonal Association and served on the Board of Governors for the C. G. Jung Institute of San Francisco.

The Many-Layered Mystery of the Human Journey

C.G. Jung brought to psychology the recognition that the unfolding of a human life is at a deep level a spiritual journey. He also recognized that our individual psychological unfolding is embedded within larger, ever-evolving historical developments that also shape our personal journeys, and that reflect a kind of collective spiritual evolution.  Finally, he saw that informing both the individual psyche and the collective are powerful archetypal principles and patterns that deeply influence human experience and behavior.

During his presentation, Richard will explore how we can understand the complex interplay of these three important levels of meaning and influence, so we might gain a more profound perspective on the character of human life and experience, especially in our own dramatic, challenging era. 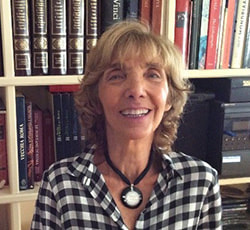 MAGDA DI RENZO
Magda Di Renzo is a Jungian Analyst, Psychologist, developmental psychotherapist, member of the ARPA (Association for Research in Analytical Psychology) and of the IAAP (International Association for Analytical Psychology), director of the School of Specialization in Psychodynamic Psychotherapy of the developmental age of the Institute of Orthophonology (IdO) of Rome, she is in charge of the Developmental Age Psychotherapy Service of IdO, and has promoted many researches in the field of childhood and adolescent pathologies, including the Turtle Project for children with autism. Lecturer in many schools of specialization in psychotherapy, she is the author and co-author of numerous publications, including Il colore vissuto (1998), Fiaba, disegno, gesto e racconto (2005), I significati dell’autismo (2007), Sostenere la relazione genitori-figlio nell’autismo (2011), Le potenzialità intellettive nel bambino autistico (2011), Il processo grafico nel bambino autistico (2013), Autismo Progetto Tartaruga (2020).

The Forms of Vitality and the Emergent Self

The "forms of vitality" (Stern D.) are perceptual patterns that are activated in a relationship when Kairos meets Kronos. These are moments in which, as Jung says, the "spark strikes” and the emotion takes on a communicable form. We can consider these manifestations as the emergence of the Self which, through phases of de-integration and re-integration (Fordham M.), begins its individuation path. In these moments, the therapist becomes the protagonist together with the child of that process of co-construction of the mind that transforms an interaction into a relationship. The case report will highlight these steps. 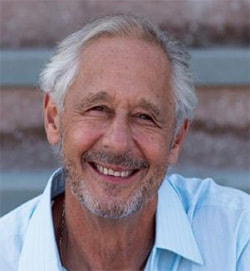 What Shapes a Life: Archetypal Patterns of the Symbolic Life

Maybe we never accepted the fact that we have been exiled from Paradise. Leaving the Garden of Eden allowed for the emergence of consciousness and an appreciation for the “Symbolic Life”.  However, with eyes half closed we go in and out of careers, friendships, marriages, and divorces without understanding their meaning in our life.  Revelatory in nature, an understanding of these transitions, attachments, and detachments in life, holds promises to bring us into relationship with Psyche and Soul.

In this seminar Michael will discuss the reality of the Symbolic Life and ways to understand its presence and meaning in our life.