Join Us as We Celebrate the
Inauguration of The Assisi Foundation

This is a complimentary and celebratory event developed for our global Assisi Community.
There is no cost involved to join.

After recently celebrating the 32nd Anniversary of The Assisi Institute: The International Center for the Study of Archetypal Patterns, we now stand at yet another momentous threshold.

On Saturday, October 23rd, we are hosting a truly unique inaugural event to celebrate the work and evolution of The Assisi Foundation.

While The Assisi Foundation has been in existence since 2006, it has evolved to a point where it is now ready to fully embrace and amplify its mission to support The Institute's ongoing investigations into the workings and influence of universal patterns and archetypes within the personal and collective domain.

Our Board of Directors has worked tirelessly to build and progress The Foundation which, to date, has already helped advance The Assisi Institute’s current international initiatives. As it transitions into the next phase of its existence, The Foundation will start playing a more important role to fully support some of the global initiatives we have planned for the future.

For instance, we are beginning an initiative to investigate the archetypal influences constellated around themes such as Crimes Against Humanity and The Decline of Spirit in Contemporary Culture. The Assisi Foundation Board's task is daunting, exciting, and - above all - deeply rewarding. It is this work that promises to bring the profound contributions of C.G. Jung's work even more prominently into personal, national and international domains.

To introduce you to The Assisi Foundation and to honor its work, we are celebrating the occasion with Dr. James Hollis and Dr. Susannah Heschel - both regarded as world leaders in the fields of Jungian Psychology and Theology - who will present talks related to archetypes and archetypal patterns. Dr Michael Conforti, founder and Director of The Assisi Institute will speak on Archetypal Patterns in the Psyche and the Natural World.

Dr. Michael Conforti shares his reflection on the significance of this milestone event:

“The importance of this event allows me to reflect on the inception and growth of The Assisi Institute. I still remember the day I first arrived in Assisi, Italy. Struck by the beauty and mystery of this hill town, I felt I had come home. This odd, yet compelling feeling of belonging was coupled with a sense of prescience. It was the spirit and sacredness upon which this town was founded, back in 1,000 BC, and which also allowed for the soul of St. Francis to find a home in Assisi.

In 1989, we held our inaugural Assisi, Italy Conference, bringing together leading Jungian Analysts, scientists, and artists to speak of this inexorable dance of Matter, Psyche and Soul. Now, so many years later, I still struggle to find words to capture the nature of this adventure. Perhaps words ultimately fail when Psyche speaks of such a powerful message.

Now, in 2021, the work of The Assisi Institute is even more vital and compelling than ever, drawing more than 20,000 participants from 25 countries from around the world. We offer training programs throughout Latin America, Spain, and Russia, and have new initiatives taking root in South Africa and Italy. Many of our seminars are now being offered with simultaneous translations in English, Italian, Spanish, and Russian.

With these wonderful developments arise challenges. And it will be the work of The Assisi Foundation to provide stewardship to this journey, helping us to further our reach into the international arena and within domains previously untouched by Jung's work.”

The Assisi Foundation Board members include Silvia Behrend, Nina Kelly, Letizia Amadini-Lane, and Kevin Richard. We are also thankful to Jack Weinrach for his guidance in the initial stages of this work.​
As valued members of the Assisi Community, we invite you to join us
for an event that marks one of the most important developments
in the 32 year history of The Assisi Institute.
We look forward to you joining us!
RSVP NOW

You can look forward to the following presentations: 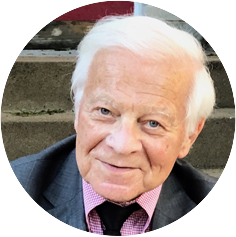 Where Do the Gods Go, When They Go?
​
Presented by Dr. James Hollis

Jung once asked the question, “where did the gods go when they left Olympus?” If they are the Immortals, where are Zeus and Hera, Aphrodite and Hermes, Apollo and Artemis, today? In this presentation Dr. Hollis considers just where do the gods go, as they often do. 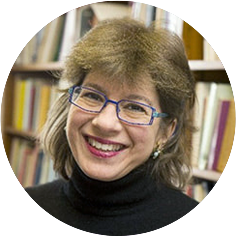 Presented by Dr. Susannah Heschel
​
Biblical laws regarding impurity seem bizarre to people who read the text literally: what is the “impurity” of a corpse and how would a priest, sprinkling a mysterious potion, transform impurity into purity? In this presentation, Dr. Heschel will consider a particularly odd passage from the Hebrew Bible - Numbers Chapter 19 - and discuss how a radical Hasidic commentary of the 19th century interpreted in religious terms: with impurity as resentment and bitterness, while purity comes from the care and compassion of one person for another. 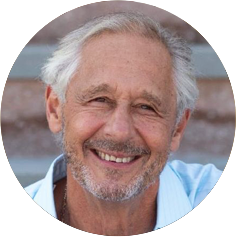 Archetypal Ethology: Archetypal Patterns in the Psyche and the Natural World

​It was the brilliance of Carl Jung and Marie-Louise von Franz to observe the presence of innate, universal patterns. What Jung later termed as archetypes, and von Franz as "Nature’s Constants", each understood these as self-organizing dynamics within the Psyche. From the beautiful to the demonic, each expresses an aspect of the unconscious, having found representational, highly patterned form within the inner and outer world.  As we turn our gaze to the outer world and then to Psyche, we learn of the natural order of life, allowing us to see beyond the veil of the material universe to those life-shaping, archetypal imperatives. In this talk, Dr. Conforti will discuss how ethological studies inform and enrich our understanding of innate, archetypal behaviors, helping us to see even more clearly the outward manifestation and patterned expression of archetypal dynamics.