Assisi Institute
The International Center for the Study of Archetypal Patterns
The Island of Giglio
In the Tuscan Archipelago
JUNE 16 - 23, 2020
*** Registration for this event closes on November 30th ***
Please contact our office to sign up 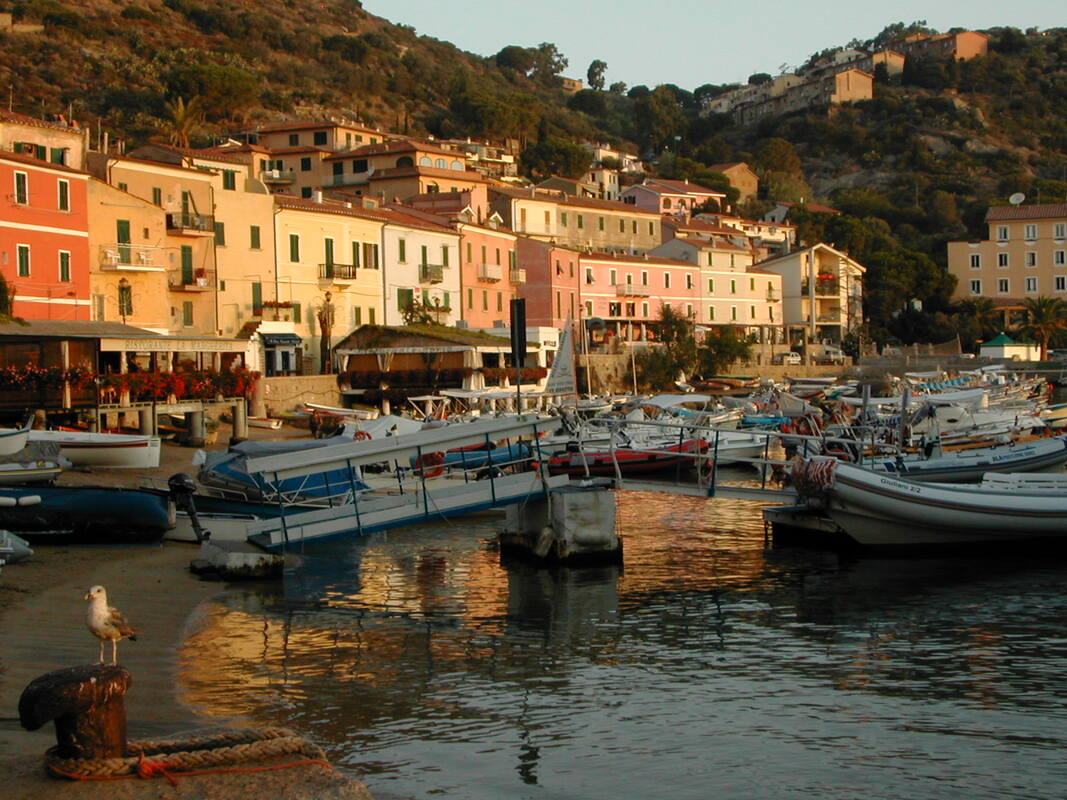 The Voice of Psyche in Clinical Practice


Sometimes we forget to look up and see the moon. To see the mysteries of life and nature. To wonder how it is that one’s life has taken a particular course, steering repeatedly in and around danger, misery and trouble, while others are not plagued by such ongoing angst. And to wonder how we can break the spell that keeps us tethered to such turmoil and, how to find ways to cultivate a better life, one in relationship to The Self.

As we reflect on De Chardin's words that "Matter is Spirit moving slowly enough to be seen”, we begin to understand that the patterns of our lives, while deeply personal, are governed by archetypal influences.  From friendships, to career, to marriage, underlying each, stands our relationship to the Self working as the central organizer of our life and behavior.

Not surprisingly then, we find these archetypal mandates strongly influencing the therapeutic relationship. Here the Self makes manifest those archetypal issues constellated within the patient's psyche by literally structuring the interactional dynamics between patient and therapist. For instance, a patient struggling with life long issues of abandonment and poor attachments, negotiates an every other week treatment schedule.  Here the archetypal field of abandonment is re-constituted and there is a reenactment in treatment.

Jung, commenting on the forward moving and potentially redemptive and purposeful aspects of such re-enactment writes; “The symbols of wholeness frequently occur at the beginning of the individuation process, indeed they can often be observed in the first dreams of early infancy.   This observation says much for the a-priori existence of potential wholeness, and on this account the idea of entelechy instantly recommends itself...  It looks as if something already existent were being put together"  CW 9i P278

It is this archetypal, pre-existent field of abandonment which is "being put together". The therapeutic relationship now becomes the stage upon which Psyche tells the story of the patient’s inner life. If these reenactments are not understood and translated, the patient will experience even greater distress, and may eventually abandon the treatment. However, if translated and rectified, the therapeutic relationship serves as the medium within which redemption of the abandonment complex, and a more meaningful life and relationships become a possibility. In understanding the archetypal nature of these interactional therapeutic dynamics, we realize that it is The Self which has choreographed this dance occurring between patient and therapist.

During this week long seminar, each morning session will focus on the "Voice of Psyche in the Treatment Relationship". The afternoon sessions will facilitate an in-depth presentation of the role of dreams in clinical practice. For instance, a patient has the following dream; I dream of a military parade where a submarine is displayed riding down the street on wheels. Submarines are built to travel under the water, in the ocean's depths.  As a symbol it is emblematic of traversing the depths of Psyche. The dream context of a military parade with the submarine displayed riding in the street, reflects not only an illusionary sense of depth, but the parading suggests what may may well be the therapist's narcissism. Does this image truly capture the depth and meaning we hope to find in our dreams during treatment?? Conversely, a patient’s dream of a gifted carpenter or boat builder. This image comments favorably on the clinician’s ability to work with The Self and soul.
Clearly, dreams provide an objective reflection of the therapeutic process and offer direction and guidance to both patient and therapist.

This program promises to be a deeply moving seminar allowing time to investigate the workings of Psyche as it so deeply influences our life and the therapeutic process.  So too we will look at the archetypal significance of the following therapeutic concepts and issues; Transference, Countertransference, Repetition Compulsion, Projective Identification, The Manic Defense, The Ravages of Denial, and the Migration of Forgotten Contents.

I hope that you will join us on the Island of Giglio, located in the Tuscan Archipelago for this week long study.  Amidst the tropical splendor of the island, one finds pristine beaches, wonderful food, including fresh fish, local specialties, and regional pastas such as, Pasta Bottarga and Pasta Seppia Nera, all paired with the unique wine made from the local grapes called Ansonaco.   In addition, I will personally take you on a tour where we follow the aromas of rosamarino and and other magical herbs baking, to visit a local chef who for the past 40 years has been making the most delicious "pollo al girarrosto" I have ever tasted.!!!!!! 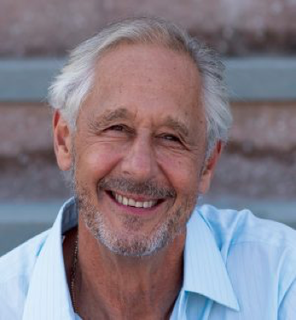 Dr. Michael Conforti is a Jungian analyst and the Founder and Director of the Assisi Institute.  He is a faculty member at the C.G. Jung Institute - Boston, the C.G Jung
Foundation of New York, and for many years served as a Senior Associate faculty member in the Doctoral and Master's Programs in Clinical Psychology at Antioch New England.
A pioneer in the field of matter-psyche studies, Dr. Conforti is actively investigating the workings of archetypal fields and the relationship between Jungian psychology and the New Sciences. He has presented his work to a wide range of national and international audiences, including the C.G. Jung Institute - Zurich and Jungian organizations in Australia Canada, Colombia, Cyprus, Denmark, Ecuador Italy, Russia, Switzerland and Venezuela.
He is the author of Threshold Experiences: The Archetype of Beginnings (2007) and Field, Form and Fate: Patterns in Mind, Nature and Psyche (2002). His articles have appeared in Psychological Perspectives, San Francisco Jung Library Journal, Roundtable Press, World Futures: The Journal of General Evolution, and Spring Journal, and his books has been translated into Italian, Russian and a soon to be released Spanish edition of\ his work. 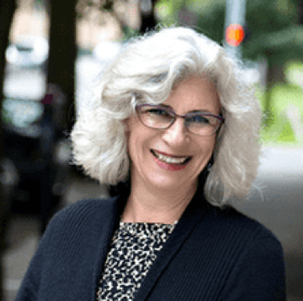 Silvia Behrend, D. Min., M. Div., is the Director of International Studies for the Assisi Institute, a Certified Archetypal Pattern Analyst, mentor and educator in private practice in Olympia, Washington.  Her twenty-five years of ministerial work focused on using the transformational power of art in secular and religious institutions based on subject-centered pedagogy, depth psychology, and a theology of relationship and creativity.  She is also teaching and developing doctoral-level classes, being a parish leader, and developing programs to bridge cultural, sociological, political, and interfaith communities demonstrated the transformational power of art for individuals and community.  Silvia has brought this creative, sociological and ministerial experience to the work of the Assisi Institute.  She has presented webinars and lectures in English and in Spanish in Australia, Colombia, Russia and Spain. As a clinical leader, Silvia has co-developed and co-implemented programs and retreats for the Assisi Institute. As senior faculty, she hosts national and international webinars on many subjects; dream pattern analysis, the field of leadership, psychological development, the creative, unconscious communication, voice of psyche and others.  Most recently, she has actively participated in expanding programming in Latin America, serving as translator and administrator of the Voz de la Psique certificate program.  Silvia grandparents, gardens, dances, and spends time in her glass studio.

Muriel McMahon is a Zurich trained Jungian Analyst with a praxis in Ontario, Canada. She is the Co-Director of Studies for the Assisi Institute, a former Training analyst and Faculty member of the C.G. Jung Institute, Zurich, the Managing Editor of the Assisi Journal, and an Assisi Institute Masters Dream Patterning, and Archetypal Pattern Analyst.
Muriel has penned articles and offered teachings internationally.  With a particular focus on her work in the Trans-generational Complex, Muriel has presented in Zurich, Colombia, Russia, France, USA, and Canada.  She was a keynote at the first Symposium of Canadian Jungian Analysts in 2015.   Most notably, Muriel co-hosted Canadian First Nations Elders and Teachers in ceremony at the C.G. Jung Institute, Zurich.  In the rose garden!   Experiential study in indigenous healing modalities argument her academic study in literature, education, and psychology.  Muriel endeavors to deepen the conversation between the archetypal and the instinctual and live a symbolic life.