Listen to the recorded session below!

National and international unrest is psychic distress.  Each expresses an eruption of contents from the deep unconscious now finding expression in these troubling situations flooding the headlines.

Towards the end of his life, Jung and his inner circle began to look at the role of psyche in the world and understood that the only chance we had was an understanding of what these psychic forces were and their power to consume individual and collective behavior.

In this seminar we will  be looking at the contemporary issues arising with the increase of  violence in the world, in particular what are the ramifications when the public servants hired and trained to keep the peace and ensure law and order are compelled to defend themselves from the very population they are sworn to protect? As some of our nation's most historic cities struggle with unprecedented homicide rates and the President initiates legislation prohibiting our nation's peacekeepers from purchasing weapons and equipment designed to be used by our military, how are we to understand the times in which we live?

We invite you to join us and a truly gifted faculty which includes Carol Pearson, Michael Conforti and Hank Brightman as they share their collective expertise in helping us understand the role and patterns of psyche in the times in which we live. 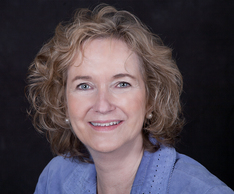 
Carol S. Pearson, Ph.D., D.Min., is an internationally known authority on archetypes and their application to everyday life and work, best-known for books such as The Hero Within, Awakening the Heroes Within, and The Hero and the Outlaw as well as for archetypal assessments instruments, such as the Pearson-Marr Archetype Indicator.™  Her forthcoming book, Persephone Rising: Awakening the Heroine Within, which, with a Oct 13 release date, can be preordered now. A respected scholar and higher education administrator, Dr. Pearson served most recently as Executive Vice President/Provost and then President of Pacifica Graduate Institute.  Previously, she was Professor of Leadership Studies in the School of Public Policy at the University of Maryland and the Director of the Burns Academy of Leadership.  During her tenure, the Academy was the incubator of the International Leadership Association (ILA), and Dr. Pearson was a member of ILA’s Board of Directors.  Currently, she is an author, speaker, workshop leader, and consultant in private practice. In the later role, she works primarily with leadership teams in the not-for-profit, educational, and governmental sectors on areas such as archetypal branding and message and leadership development.  Website: www.herowithin.com
Email: cspearson@herowithin.com. You can also follow her on Twitter, Facebook, and Linkedin. 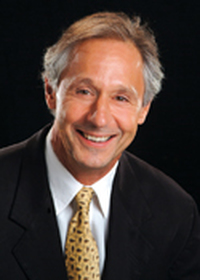 
Dr. Michael Conforti is a Jungian analyst and the Founder and Director of The Assisi
Institute.  He has been a faculty member at the C.G. Jung Institute - Boston, the C.G Jung
Foundation of New York, and for many years served as a Senior Associate faculty member in the Doctoral and Master's Programs in Clinical Psychology at Antioch New England.

Dr. Conforti maintains a private practice in Mystic, CT and consults with individuals and corporations around the world.  He provides his insights as a sought-after consultant to businesses, government institutions, and the film industry. He has served as script consultant on the films Pride and Glory and Elvis Anabelle and is currently working on a script for a new TV series. He has also been asked to consult on the application of field theory to the understanding and resolution of international border disputes. He was selected by The Club of Budapest and the University of Potsdam to be part of a 20 member international team of physicists, biologists, and dynamical systems theorists to examine the role and influence of informational fields. He is a recipient of the Vision Award presented by the Association for the Advancement of Psychoanalysis.

Dr. Conforti is a Senior Fellow of the James MacGregor Burns Academy of Leadership at the University of Maryland. He is currently working on a new book, Hidden Presence: Archetypes, Spells, Possessions and the Complex. 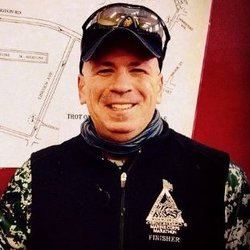 Hank Brightman, Ph.D, is currently a full professor and the Director of Applied Research & Analysis at the United States Naval War College in Newport, Rhode Island. He also served as an assistant professor and tenured associate professor and Chair of the Criminal Justice Department at Saint Peter’s College from 2000-2008. Hank previously spent fifteen years in a variety of law enforcement, investigative, and intelligence analysis positions with the U.S. Department of the Interior and the United States Secret Service. He is well published in the areas of white-collar criminality, corruption control, and the psychology of offending.

Hank received his Bachelor of Science degree from the University of Massachusetts at Amherst, a Masters in Criminal Justice Administration from Boston University, two master’s degrees from Salve Regina University (a MA in Holistic Counseling and a MA in Holistic Leadership), and two certificates of advanced graduate study (CAGS) in Counseling-Applications in the Expressive & Creative Arts from Salve Regina University and Mental Health. Hank also possesses a Doctorate in Educational Administration & Leadership (EdD) from Seton Hall University. He is a certified clinical trauma professional, holds a certificate in Jungian Dream Translation from the Assisi Institute, and is a graduate of the Assisi Institute Archetypal Pattern Analyst Program where he is now a faculty member.

Hank volunteers as a trauma counselor at a local area substance abuse facility, and facilitates a monthly support group for veterans with PTSD at the U.S. Veterans Administration Hospital in Providence, Rhode Island. He is currently studying the efficacy of Parnell’s modified protocol for Eye Movement Desensitization and Reprocessing (EMDR), along with Jungian, gestalt, and narrative approaches to resolving complex trauma.

"Dr. Brightman's participation does not serve as an official endorsement of the Assisi Institute or any other group. The views presented do not represent those of the United States Naval War College, U.S. Navy, or United States Government."
Register for FREE teleseminar here!