Certificate program in:
THE ART OF FAIRY TALE ANALYSIS

The fairy tale itself is its own best explanation; that is, its meaning is contained in the totality of its motifs connected by the thread of the story.
~Marie Louise Von Franz, Interpretation of Fairy Tales~

Marie Louise von Franz, a pioneer in depth psychology, collaborator and colleague of C. G. Jung for nearly thirty years was often heard to say that fairy tales were all the psychology the common folk needed to live.  Understanding archetypes as "Natures Constants" and that archetypal patterns were familiar and understandable to professionals and laypersons.  She would often chide her students if they could not explain their grand theories to the green grocer or the wait staff at the Küsnacht cafe.  Her study of fairy tales occupied much of her life, secured her legacy, and grounded her teachings in the language and sensibilities of the common folk.  Recognizing fairy tales as the skeleton and blueprint of the psyche, von Franz analyzed thousands of fairy tales to explore and map the archetypal dimensions of the psyche.

At The Assisi Institute, the study of archetypal patterns is our passion and we are dedicated to offering and practicing the art of pattern analysis. Nowhere can we do that with more flare, fun, and affection than with Marie Louise von Franz guiding the vessel as we enter the depths of fairy tales and encounter the unfathomable call of soul.

Muriel McMahon, M.Ed. CANADA is a Zurich trained Jungian Analyst, and Chair of the Fairy Tale Certification program, and maintains an international praxis.  She is a Training analyst and Faculty member of the C.G. Jung Institute, Zurich, the Managing Editor of the Assisi Journal, and the Director of Studies for The Assisi Institute’s Archetypal Pattern Analyst program.  Muriel has a passion for story and the ways in which our wounds and our wonders are expressed in the narrative of our lives

This Certificate Program in The Art of Fairy Tale Analysis invites students into the practice of reading the patterns and translating the archetypal meaning in the tales.

Each class will address an important aspect of fairy tale analysis organized into the following modules:

•       Once Upon a Time:  In this module we explore the title, opening sentence and initial paragraph of the fairy tale as the beginning of the tale often reveals the unique archetypal nature of the story.
Including guest presenter: Michael Conforti, Ph.D.

•       Dramatis Personae and Symbols:  In this module we explore how each of the characters and symbols express both the archetypal energies and the complexes inherent within the story. We will learn to identify the objective nature of archetypal images, and follow the characters within the story as they lead us through the portal into the archetypal dimensions of Psyche.
Including guest presenter: Bonnie Pfeiffer, M.A.

•       Archetypal Motifs:  In this module we trace the patterns, practice translating the tales, and seek to understand the archetypal aspects of life’s journey revealed in the fairy tale.
Including guest presenter: Eduardo Carvallo, M.D.

•       The Structure of Psyche:  In this module, Jung’s map of the soul and the overarching task of individuation will be addressed through our study of the tales.  The following archetypal themes will be highlighted in this module; Persona, Ego, Shadow, Anima/Animus, and the Self.
Including guest presenter: Rozan Christian, Ph.D.

•       Tasks/Knots/Twists/Turns:  In this module, the action, dramatic arc, and the narrative tension will be traced and translated.  An emphasis on the trickster (i.e. Joker, clown, Ekeko) as change agents will be discussed.
Including guest presenter:  Patricia Llosa, MFA

•       Endings:  In this final module of the course, we will emphasize the resolution presented in the fairy tale, what Jung and von Franz defined as lysis.  We will pay special attention to the complications to the hero or heroine and make note of the function of repetition in the tales.  The resolution that is hinted at in the beginning of the take will be discussed.
Including guest presenter:  Riccardo Mondo, Ph.D.

*   We will begin with our first seminar as part of the Assisi Institute’s on-going Vision Lecture series because of the relevance of this presentation to the unfolding archetypal story of our times.  All Fairy Tale participants will be registered for this presentation.

Seeing the 2020 Election Through the Lens of the Dr. Martin Luther King, Jr.

This seminar takes place a week after the elections in the United States, and Dr. Selig will use this kairos opportunity to reflect upon the results of this much anticipated presidential election from the perspective of the life and work of Dr. Martin Luther King, Jr. In the past, Jennifer has spoken on the connection between King and current events by drawing on Jungian concepts such as; shadow, projection, hope, despair and the archetype of transformation.

Jennifer Selig, PhD, earned her Bachelor's degree in English from the University of California at Davis a Master's degree in Multicultural Literature from California State University in Sacramento, and a PhD in Depth Psychology from Pacifica Graduate Institute in Santa Barbara, California, where she poured her creative energy and passion for education into her work as the designer and the founding chair of the innovative Master's degree program in Engaged Humanities and the Creative Life, and a PhD program in Jungian and Archetypal Studies.  She co-authored the book, Deep Creativity: Seven Ways to Spark Your Creative Spirit.  She also began her own boutique publishing company, Mandorla Books, which now has 22 titles in print. 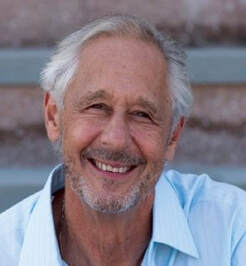 He is the author of Threshold Experiences: The Archetype of Beginnings (2007) and Field, Form and Fate: Patterns in Mind, Nature and Psyche (2002), which have been translated into Italian, Russian and a soon to be released Spanish edition.  His articles have appeared in Psychological Perspectives, San Francisco Jung Library Journal, Roundtable Press, World Futures: The Journal of General Evolution, and Spring Journal. 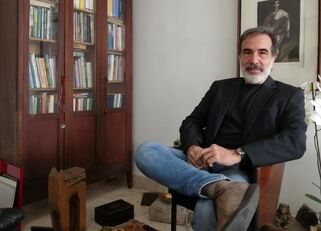 Eduardo Carvallo, MD is a psychiatrist (Central University of Venezuela, 1990) and a Jungian analyst (IAAP, 2001).  His analyst was Rafael López-Pedraza - one of the founders of the Archetypal Psychology.  Eduardo and Rafael López-Pendraza  enjoyed the interchange of ideas and reflections about archetypal patterns for more than 15 years.  Eduardo serves as analyst and supervisor for Jungian IAAP Training candidates and routers from Venezuela, Colombia, and Ecuador.  He has also worked with training candidates/routers from Argentina, Chile, Panama, Spain, and the USA.
He has published articles in Jungian journals about clinical, cultural and political issues from the Jungian perspective.  Eduardo graduated from The Assisi Institute APA program and now serves as the Director of Mythological studies.
He is the president of the Colombian Society of Jungian Analysts and the elected president of the Latin American Committee for Analytical Psychology.

Since 2011, after leaving his home country, Venezuela, he maintains a private practice in Bogotá, Colombia. 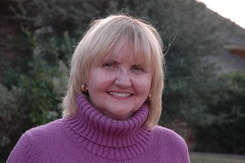 
Dr. Rozan Christian is a licensed professional counselor in the state of Texas.  She holds a doctoral degree in counseling from the University of North Texas as well as a master's degree in education from Southern Methodist University (SMU).  She is also certified as an Archetypal Pattern Analyst.  Rozan maintains a private practice in Dallas, Texas, focusing on the identification of unconscious processes in her clients’ lives.  She specializes in understanding the archetypal meaning of fairy tales and their application today. 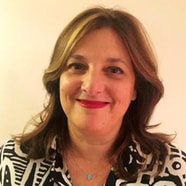 
Patricia Llosa, MFA, LP, is a Jungian analyst in private practice based in New York City. A native of Peru, she earned her undergraduate degree in archaeology and art history from the Hebrew University of Jerusalem and did graduate work at The School of Visual Arts.  For more than 20 years she worked as an administrator and educator at the Metropolitan Museum of Art.

She did her analytic training at the Jungian Psychoanalytic Association in New York where she now teaches. A graduate of Marion Woodman’s BodySoul Rhythms® Leadership Training Program she has served on the Foundation board and as faculty has taught workshops in Japan, Mexico, Peru and Spain.

He lives and works in Catania ( Italy) as an analyst and he teaches in various psychotherapy training institutes. 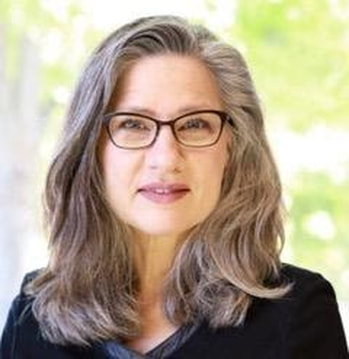 Bonnie trained extensively with Drs. Hal & Sidra Stone, creators of Voice Dialogue, The Psychology of Selves & The Aware Ego Process, and began incorporating their work into her private practice in 2002.  It was through Voice Dialogue that she was first trained in Dream Analysis, recognizing dreams as an expression of the “inner selves” constellated within an individual’s psyche, and their contribution to the patterns expressed in one’s life and relationships.

In her early career beginning in 1985, Bonnie was a Senior Teacher, Trainer & Counselor at The Autism Treatment Center of America.  She worked with parents, families and individuals from all over the world, taught and supervised staff in training, and served as executive director.  In 1993 she moved to the West Coast and went into private practice.

Working with clients for over 30 years now, Bonnie maintains a private practice in Ashland, Oregon, as well as offering private sessions by phone & Skype/Zoom.
Program Design: